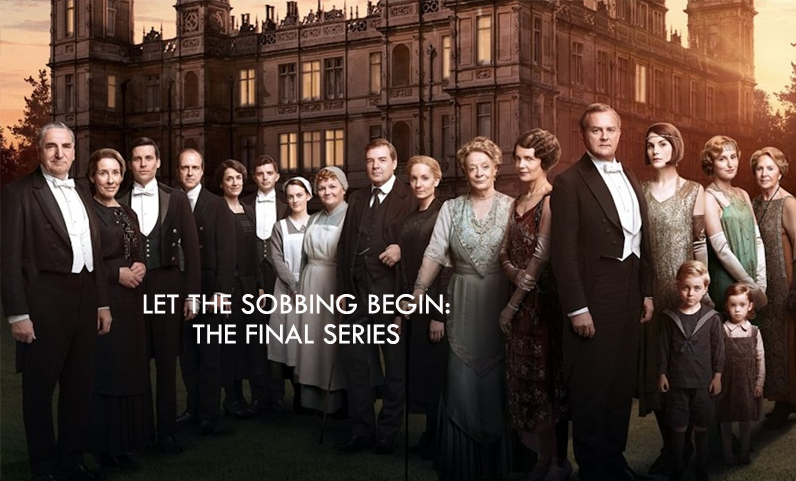 So tonight, Downton Abbey finally returns to US screens…and it’s the beginning of the end. *cue sobbing*

I admit that I was tempted to watch the last episodes a few months ago after they aired in the UK, but then decided no, I’d rather enjoy these last few “Downton Sundays” that we get.

I still remember when I found Downton back in 2011 (or was it 2010?). As a huge costume drama fan, I knew within moments of hearing that opening score, with the images of Bates on the train on his way to Downton, that I was going to be head-over-heels for this show.

And yep, sure enough, I fell & fell hard.

So did a lot of other people, ha. Happily there were weekly Downton Twitter chats…those were so much fun! I even made two wonderful friends from those chats, and we took our love of Downton to a private Facebook group so we could gush over all things Downton (and other costume dramas & England & etc) without utterly sickening others who followed us (because you know how it is when you really get into a show & fall hard for it…you pretty much want to douse your entire existence in it. And anyone who doesn’t love it like you do is left wondering “What the heck is wrong with you?” and “Why are you so odd?”) (#sorrynotsorry).

In 2011, I made some funny “Downton Polaroids,” imagining how the characters might take & caption photos if they had a Polaroid. So to celebrate tonight’s return of the beloved series, here are those “Downton Polaroids” from years ago…I hope they give you a giggle, as they still do for me. ;) 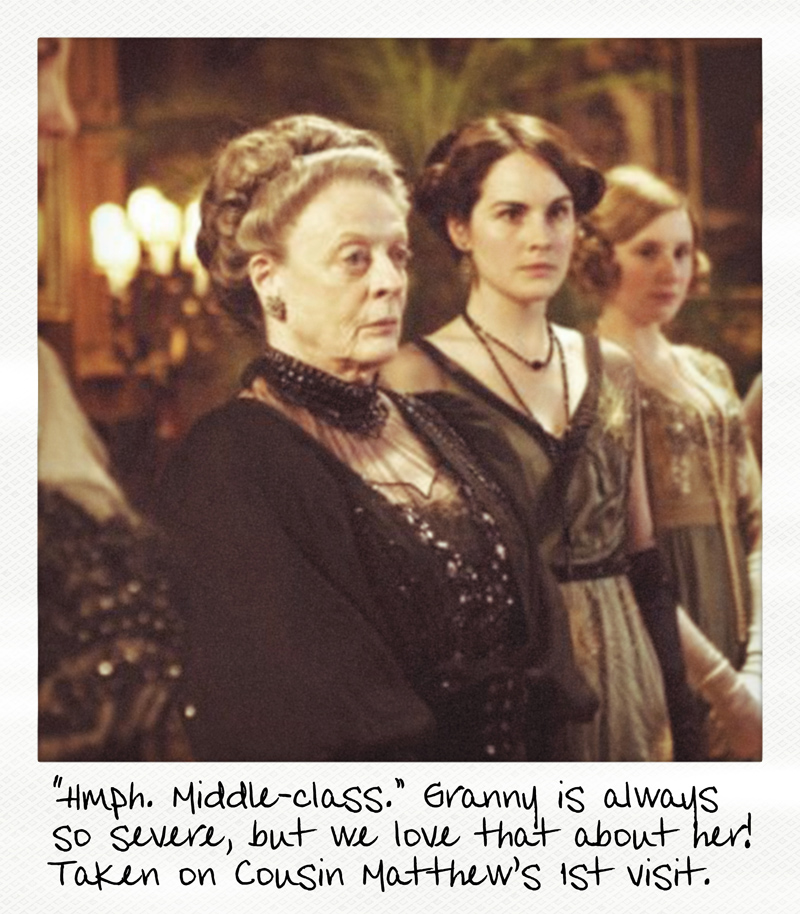 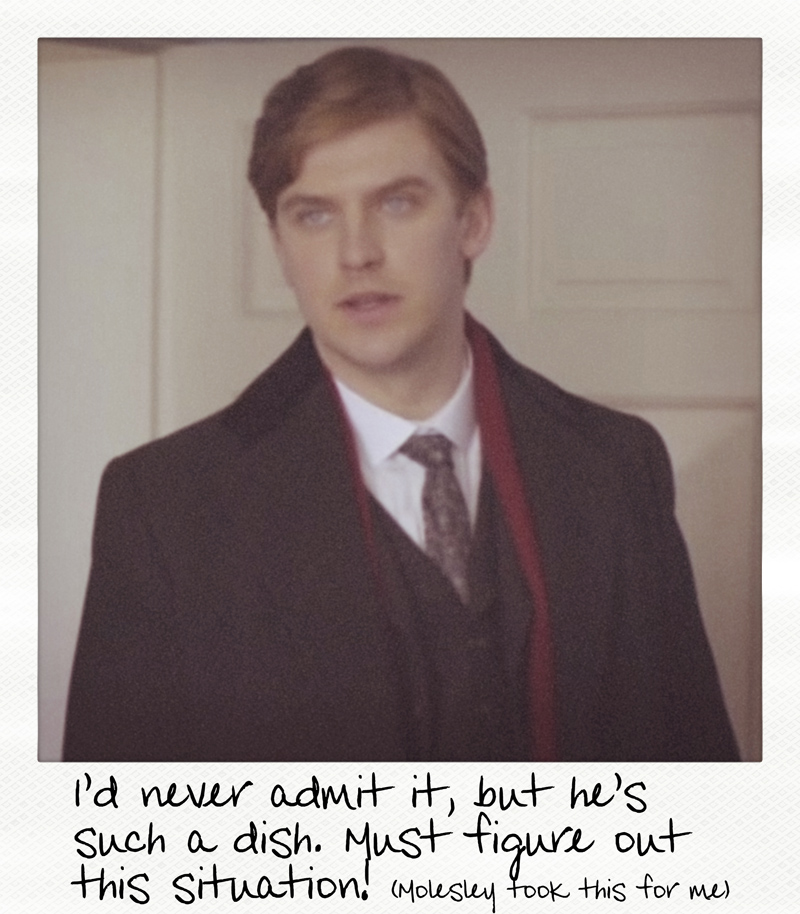 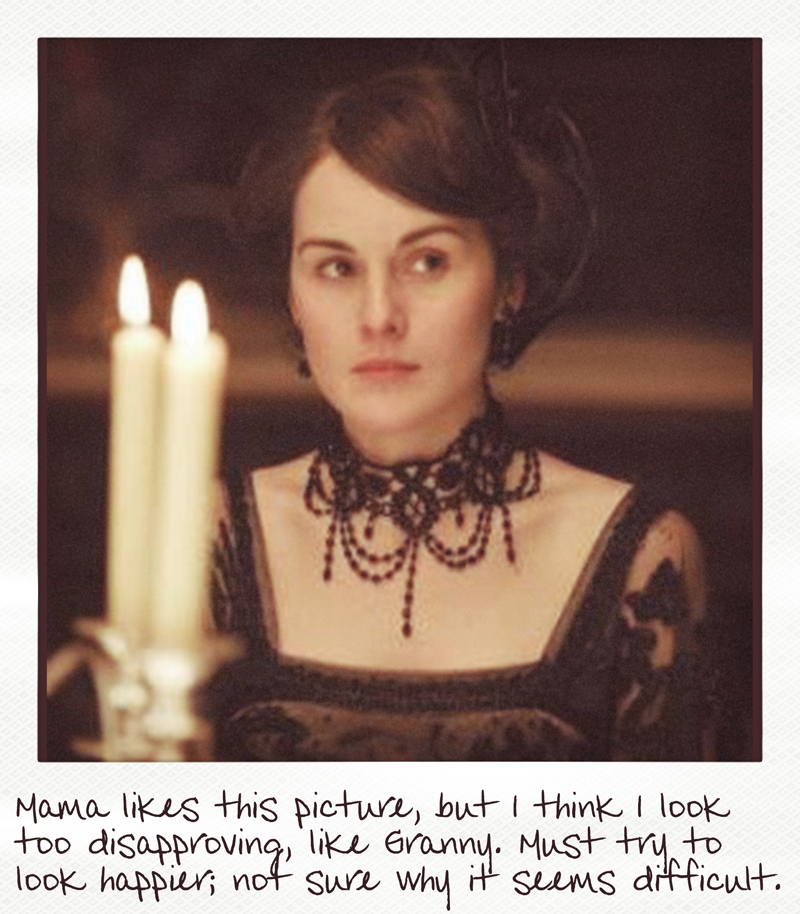 New technologies are running rampant at Downton! Electricity, cars, telephones, and now Polaroids! Carson is none too pleased. Thomas found these in Carson’s room (don’t know why he was in there; I’ve found it best not to ask about such things). I found them innocently amusing, although I’ll be sure to have Thomas put them back before Carson knows we’ve all seen them… 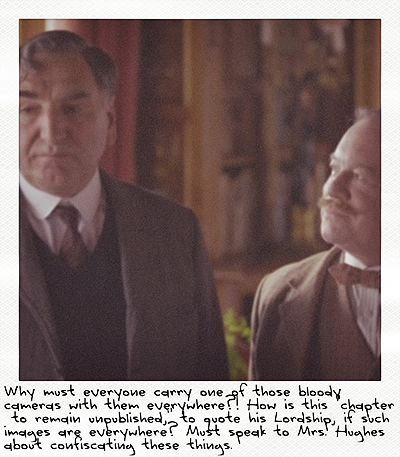 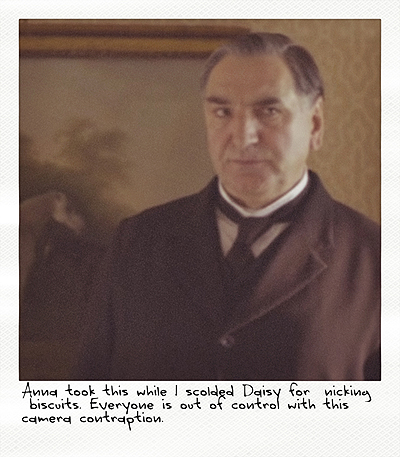 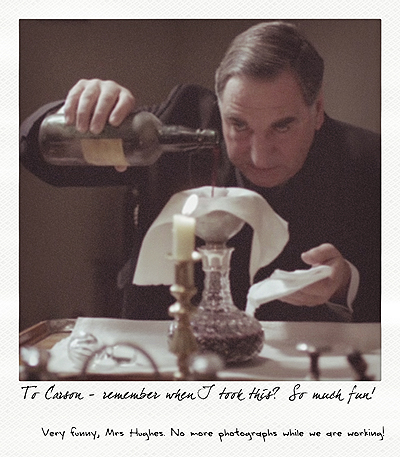 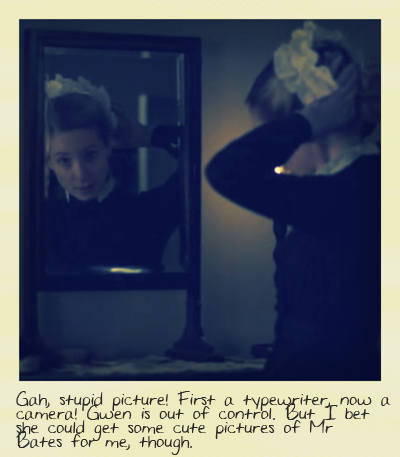 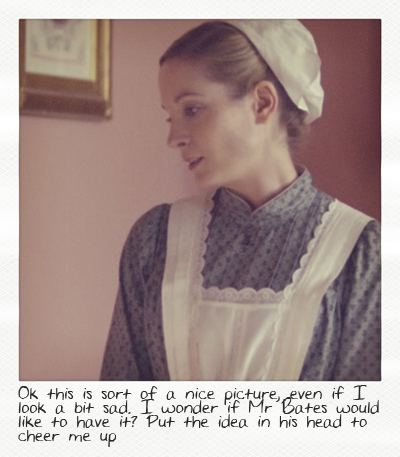 One more from Carson’s collection…

After Carson scolded her for taking that picture of him decanting wine, Mrs. Hughes merely fetched the camera and took another one. Seems his recently-revealed past will not be forgotten soon! 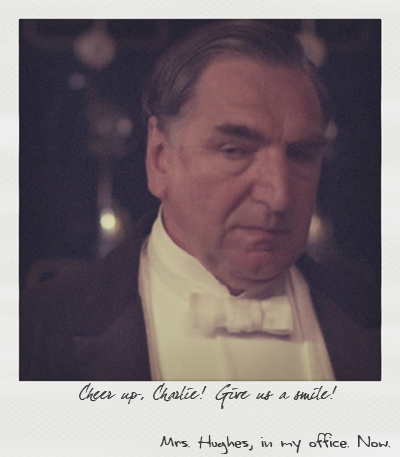 Yours in Downton fellowship (with a hefty dose of silliness),

I missed wishing this blog a happy anniversary! Ok, to be technical, my blog is older than 10 years and...