My birthday is approaching—well, it’s in the first bit of October, anyway—and I’ve bought myself a couple of presents already. Why already? Because I can! Wheeee! :D

One of the things I’ve gotten is a fabulous, gorgeous Laurel Burch “Santa Fe Felines” mug, something I’ve wanted for years (literally, years) and have no idea why I waited so long. Well, perhaps I do…perhaps these magical felines weren’t ready to come to me until now.

I’m having a ton of fun looking at them every day, and they go ever so well with… 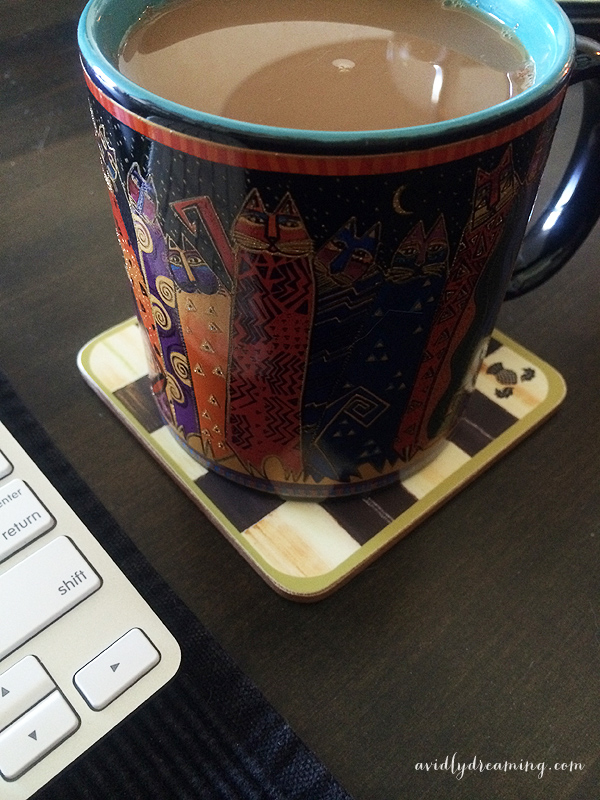 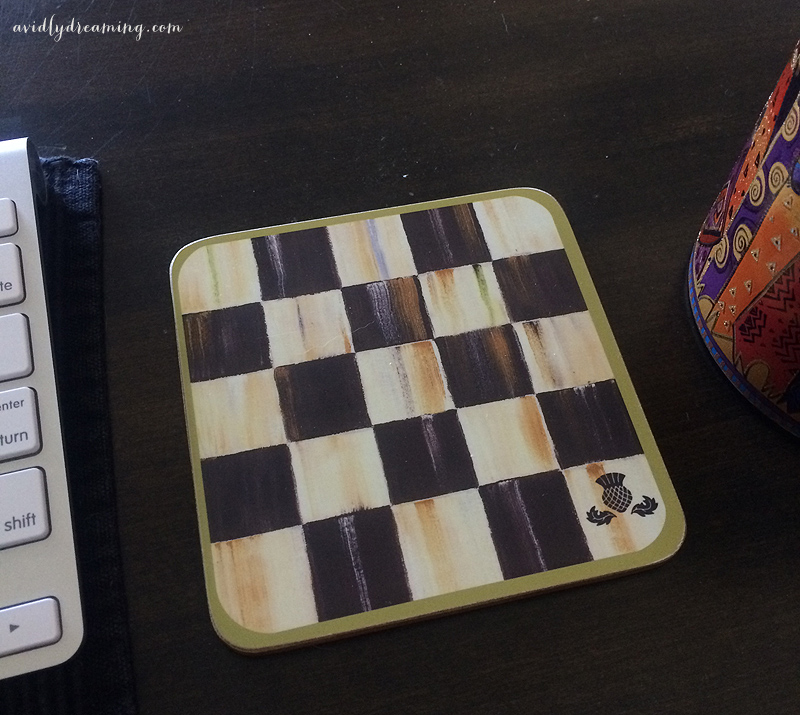 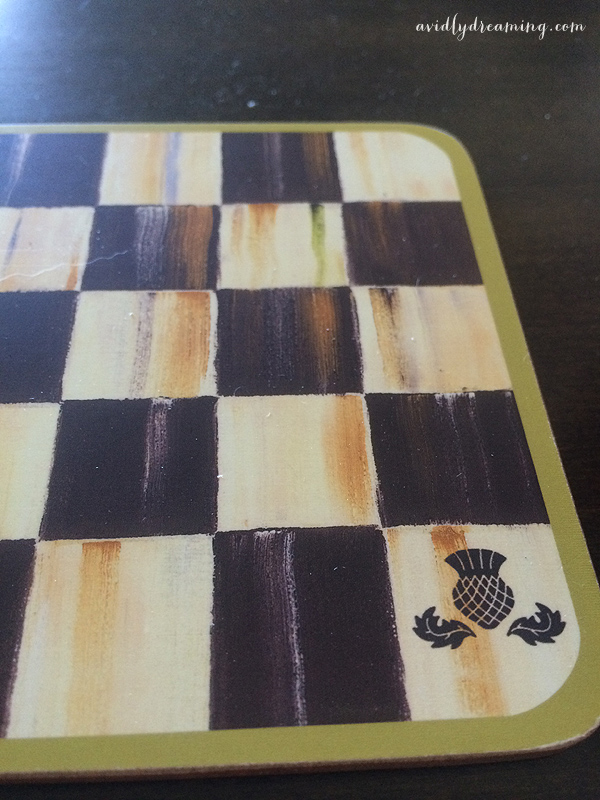 It’s ok, I wouldn’t have either until recently…it’s Mackenzie-Childs! 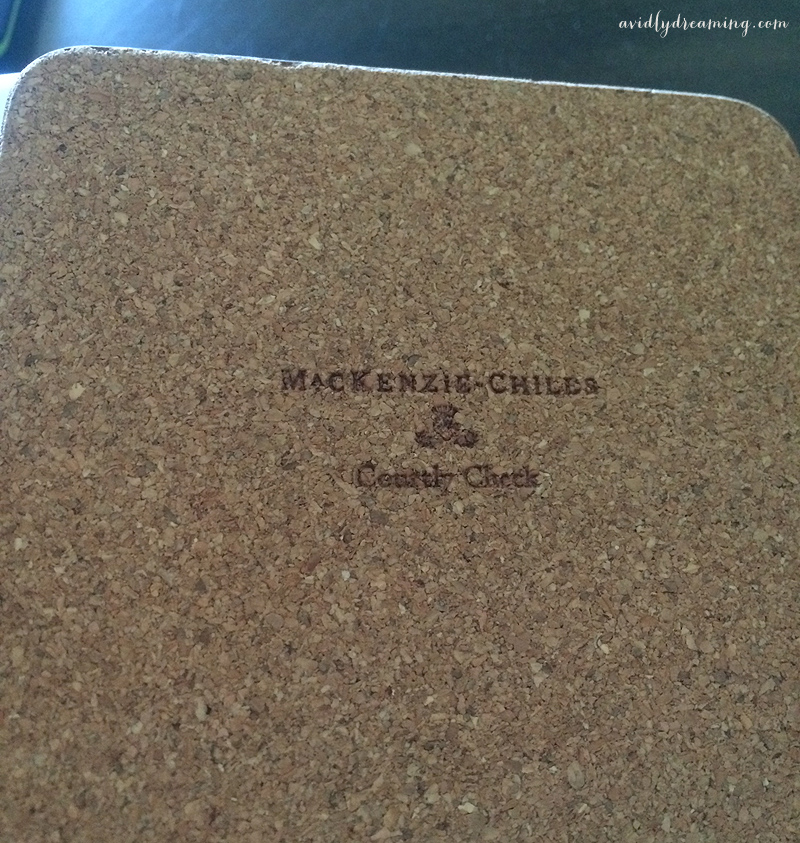 Mackenzie-Childs “Courtly Check” coasters! Woohoo! I finally bought myself some Mackenzie-Childs, and yeah, I’m so wild, I bought coasters. Heh. My reasoning is that the other items I want aren’t in the budget yet (I did a BIG bday splurge on something else, post to come about that later), I wanted a new set of coasters, checkerboard is always a good idea, and if it’s going to be checkerboard…might as well be Mackenzie-Childs checkerboard. Right? ;) 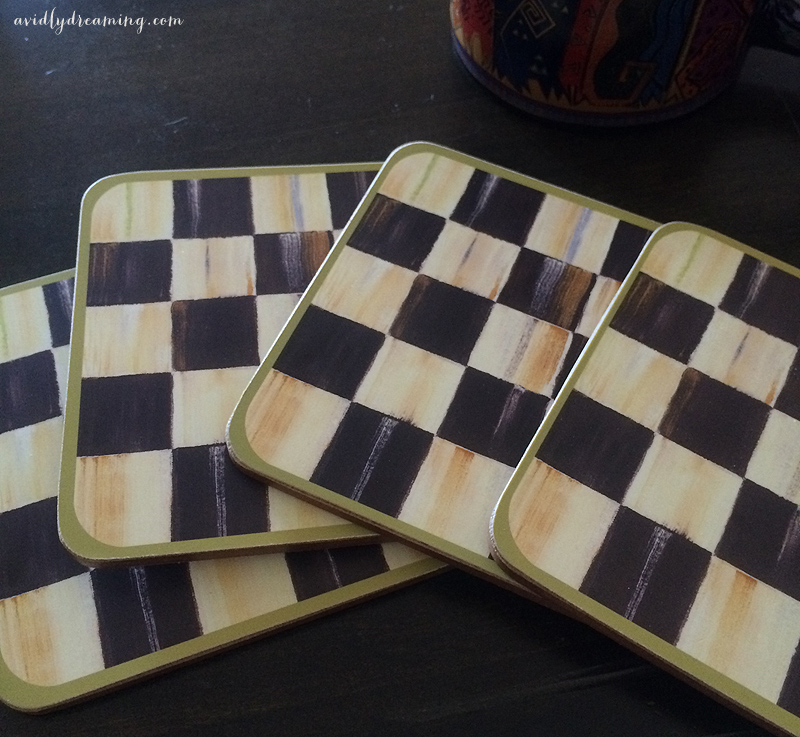 They’re so festive & fun! They sort of put me in the mood of Wonderland and wandering down rabbit holes.

And through portals. Magic portals. 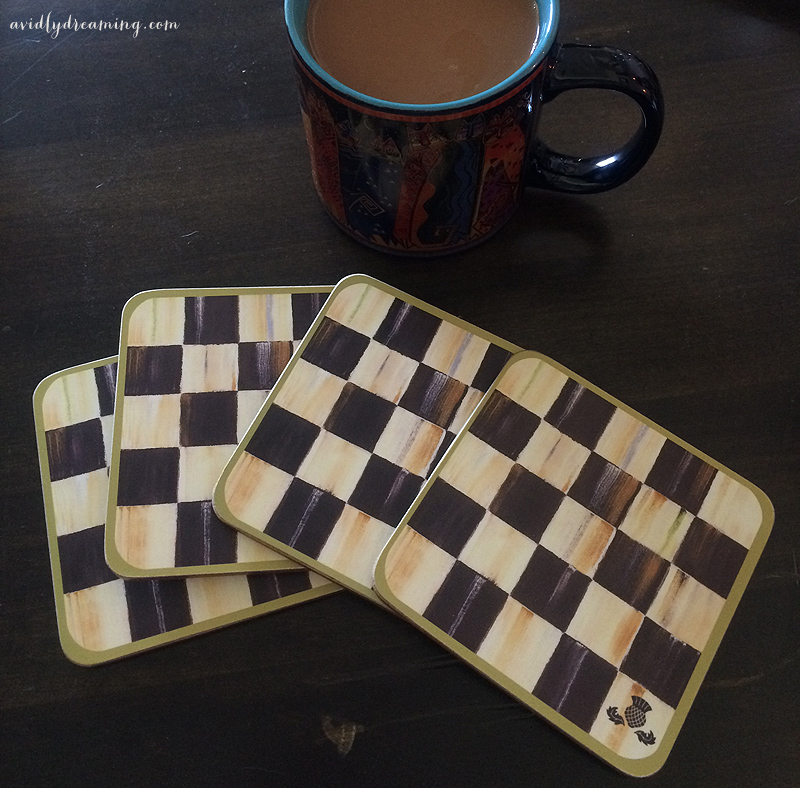 I’m not the only one thinking of magic portals. As soon as the checkerboard coasters were laid out, they were immediately investigated by the Korknisse: 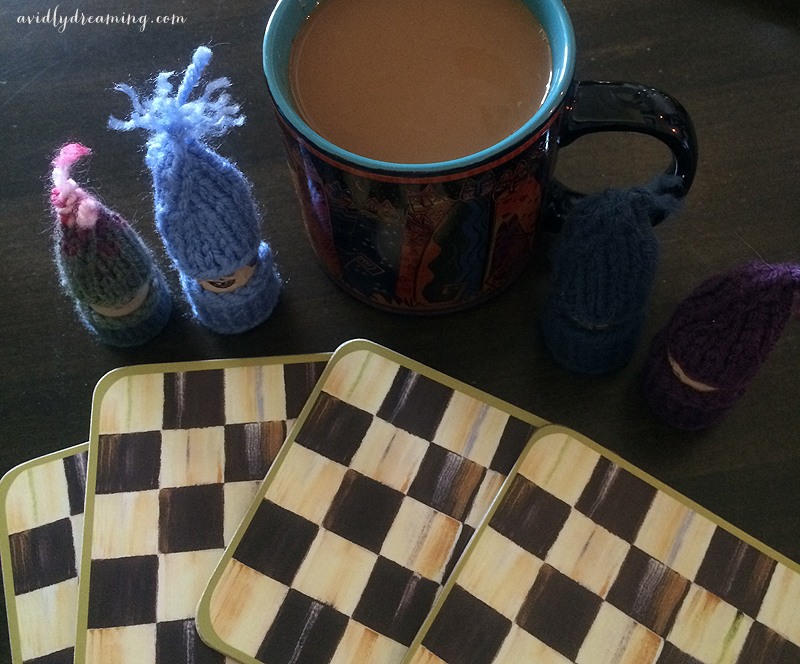 They’re crafted crafty beings, the Korknisse. They know magic-portal-openers when they see them! They also know party paraphernalia, and it’s coming up on portal & party season. I’d say they’re ready… 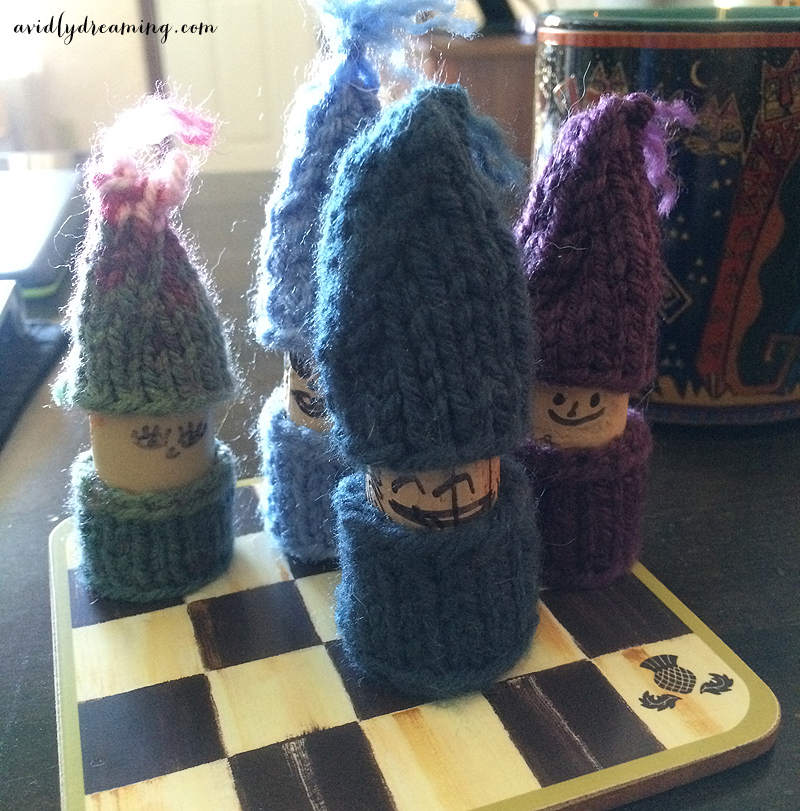 Sorry guys, no portals are open right now. The coasters are just coasters.

But yes, you may use them to play checkers with yourselves, if you wish. Have fun.

So anyway, I’m very happy with my little birthday presents so far. Pretty kitties on a mug and Wonderland-ish coasters that might be mere coasters now…but soon…once the portals start opening…will become magical accessories and the source of ever so much wacky fun.

Here’s to all sorts of autumn celebrations! ;)

Haunted Humpday: Books that make me go JUMP in the night

I'm joining in on the Haunted Humpday fun this year! Thanks so much to Incipient Wings for creating & hosting...